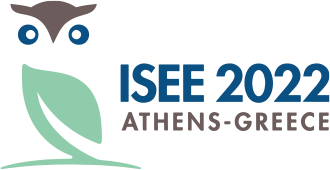 The city of Athens is much more than it seems.

The cradle of democracy and civilization. Yet, beyond its rich history, Athens, is a vibrant modern European city with an old-town feel; ancient monuments fuse with a trendy, cosmopolitan scene. Masterpieces of significant architectural values stall tall today in a harmonious coexist with modern impressive buildings.

German architect Ernst Ziller designed some of the most iconic buildings giving it the architectural identity and aesthetics that the capital of the new Greek state needed. Presidential mansion, Iliou Melathron (today houses the Numismatic Museum of Athens, National Theater and National Archaeological Museum are only few of Ziller’s heritage.  Modern buildings, on the other hand, of high architectural value such as House of Letters and Arts, New Acropolis Museum, Cultural Center-Stavros Niarchos Foundation, National Gallery remind us that Athens belongs to the 21st century.

In 1981, hosted the ceremonial signing of Greece’s accession to the European Union, while four years later, in 1985, was inaugurated as the first European City of Culture. At the dawn of 21th century, Athens hosted the 2004 Olympic Games, a landmark in modern history as the Games returned to their birthplace. This event gave rise to the construction of large modern infrastructure such as the International Airport “Eleftherios Venizelos”, the Metro, Attiki Odos. These and many more infrastructures represent the modern aspect of Athens.

This is why the capital of Greece is a unique travelling destination, especially for conferences. It ties its past, present, and future into one exciting experience.

This is what makes Athens timeless. 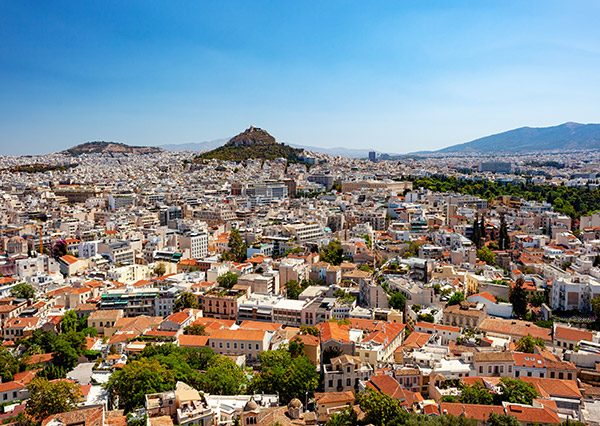 Home of Plato’s Academy and Aristotle’s Lyceum. Birthplace of Socrates, Pericles and Sophocles. Key figures of Ancient Greece philosophy led, through their work, the way for modern western thought focusing on evidence and logic. Traces of these famous Athenians meet around the city, kept in its world-class museums and hallmarks.

The 11th and 12th centuries were the Golden Age of Byzantine art in Athens. Almost all of the most important Byzantine churches around Athens were built during these two centuries reflecting the growth of the town in general as it turned into an important commercial center. Monastery of Kaisariani, Kapnikarea, Catholicon of the Petraki Monastery, Church of Agios Dimitrios Loumbardiaris, Church of Panagia Pantanassa is only a part of cultural heritage of medieval era.

Modern Greece continued its outstanding performance in letters, sciences, arts, music and sports, with global distinctions. Legends of music composers Mikis Theodorakis and Manos Hatzidakis, soprano Maria Callas, singer Nana Mouskouri, Oscar-winning musician Vangelis are only few of the distinguished Greek who conveyed the greatness of Greek culture all over the world. George Seferis and Odysseus Elytis, leading figures in poetry, honored Greece be awarded, in 1963 and 1979 respectively, the Nobel Prize in Literature. Continuously, more and more we meet Greeks who participate internationally in great scientific discoveries and inventions.

This glorious past lives on side by side with the exciting present of Athens: art galleries, outdoor festivals, street art, concert halls, open air cinema projections, to name only a few of the ways that Athenians choose to enjoy and express themselves. These experiences give birth to the ideas of tomorrow.

Ancient Greece’s contributions, as pioneer of innovation, lay in every corner of the globe. Science, philosophy and history laid their roots in this country. Yet, today’s city doesn’t rest on its laurels though. It takes inspiration from this heritage and continues to innovate. Multiple faculties call Athens’s home. Their laboratories and research centers make all innovation possible. Conference organization helps to spread this knowledge to scientists from around the world. This process opens new horizons constantly working on new ways to improve everyone’s life.

In 2018, Athens was named European Capital of Innovation of the year, detaching the award recognizing European cities that use innovation to enhance their sustainability, offer opportunities for the active involvement of their citizens and contribute to open and dynamic innovation ecosystems, collaborating with citizens in the decision-making process.

Today, responding to the global challenge of cities’s transformation into “smart” ones, made a dynamic entry with “Project Athena”. A pioneering pilot project that will bring significant improvements in the lives of Athenians, through the integration of innovative technological applications. With the first goal of effectively dealing with two “hot” and chronic problems faced by residents and visitors to Athens, cleanliness and accessibility, the “Project Athena” is operational today. It consists of the strategic placement of sensors in the urban fabric, which collect data on street and air cleanliness, accessibility for pedestrians and people with disabilities, noise pollution, temperature and humidity.

Greece is famous for its hospitable and kind people, a feature that visitors are looking to see on their stay in the country. From ancient times, any visitor was not only considered welcome, but had an almost holy status. This spirit has carried on to the modern era and Athens is an explicit example of the essence of hospitality.

Tourism and the hospitality industry are based on principles of hospitality. Hotel staff welcome their clients not as ordinary customers but as true friend. They share with them the culture of five thousand years which focuses on friendship, kindness and respect. In the difficult tourism market of services, human resources are the “spearhead” and the most important reason for the differentiation of the national tourism product at an international level. And that’s why Greece is on the higher level of hospitality and a dear destination for visitors.

Hundreds of hotels, covering a range of preferences, can be found in Athens, waiting to welcome their tenants from around the world and offering high quality services in every aspect of hospitality.  This is why the sector has been expanding for years and its future looks even more prominent. After all, the greatest asset of each city is its people, and in the case of Athens, it self-evident.

This privileged land of South Europe has been treated generously by nature. Combined with its blue sky and nurturing sun, the Athens Riviera is hard to beat. All the big development plans on the area are a testament to its well-established future prosperity.

it gathers almost the 1/3 of the country’s population. The basin of Attica, where Athens and Piraeus are located, is included by five mountains: mount Aigaleo and Poikilo mountain on the west, Parnitha and Penteli on the north and Hymettus on the east, while on the south Athens is outlined by the Saronic gulf.

The center of Athens is surrounded by hills and parks, such as Lycabettus hill, Philopappou hill and the Acropolis hill. Furthermore, it is washed by underground rivers, such as Iridanos, Kifissos, and Ilissus. Some nice parks also dot Athens, such as the National Gardens, the Antonis Tritsis Park and the Park of Veikou Hill.

Athens has a typical Mediterranean climate, which means hot and dry summers and mild winters. Mild for the larger part of the year, it provides Athens an average annual temperature of 18.3 C and days with sunshine even in the heart of winter. Known are the particularly warm summers, with the temperature often exceeding even 40 C.

Athens ready to take a dive

Greek food tradition with the variety and quality of its ingredients, in context with the wise, beneficial combinations and the knowledge of centuries, enjoys a privileged position in the world gastronomy culture. It is based on four secrets: the fresh ingredients, the correct use of herbs and spices, the famous Greek olive oil and its simplicity. Additionally, the Greek food culture put an extroverted social dimension to the table, combining taste satisfaction with entertainment and communication.

Historically, Greek gastronomy lays back to ancient times, when Archestratos wrote the first cookbook in history around 330 B.C. Local cuisine has been enriched through the centuries by multiple influences, yet its unique identity remains unchanged: qualitative fresh ingredients, local herbs and spices, famous Greek olive oil and simplicity.

The euphoria prevailed the country after the undertaking of the organization of Olympic Games 2004 become a driving force for the development of Greek cuisine. Restaurants open one after the other, turning it into a strong trend in the extent that today we are talking about Greek gastronomic fashion, which is expressed with pure Greek restaurants but also with extremely Greek dishes in restaurants with modern cuisine. Furthermore, in nice hotels, very good restaurants have been created, confirming that gastronomy is now an integral part of an upgraded travel experience.

In the last twenty years the most creative chefs in the country – among them many of the younger generation – have surprised with their ingenuity and productivity, influenced by the stormy developments of the world gastronomic scene. High-tech culinary techniques, conceptual ingenious specialties, new national cuisines entered Greek gastronomy seasoning it with variety and surprises.

A numerous, of wide preferences, restaurants are at the customers’ disposal. Some stay close to the Greek culinary tradition; others leave their stamp on this centuries-old tradition. Some have received prizes from international organizations; others are well-hidden treasures, waiting to be discovered. The future looks even brighter, as the multicultural facet of Athens has been creating new tastes for everyone to enjoy. 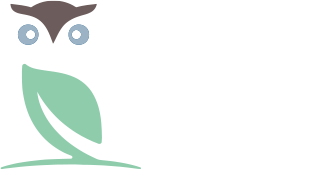